At first it is necessary to update the server interface proxies as it was updated with the Chat events.

This is the point where the .remoteRODL file is used to simplify the update process. 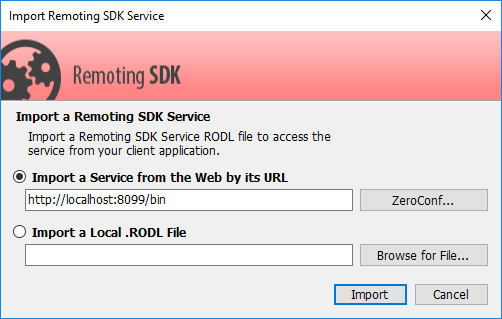 The difference from the first time, now it will show not the default server URI, but the one stored in the .remoteRODL file (still for this tutorial they are the same).

Press the Import button and two more definitions will be added to the ChatServer_Intf.cs file: the IChatEvents interface and the ChatEvents_EventSinkInvoker class.

Now open the MainForm code and add there:

This code defines a chat events listener and provides a simple implementation for the event handler. Take a note that event handlers are invoked in a separate non-GUI thread, so the Invoke method call is used to update GUI.

The next step is to define the event receiver that will listen to the data sent to the server and invoke corresponding event handler methods and to register the MainForm instance as event listener.

Add a field definition to the code:

and add its initialization to the MainForm_Load event handler:

Start several instances of the Chat Client application and try them in action: 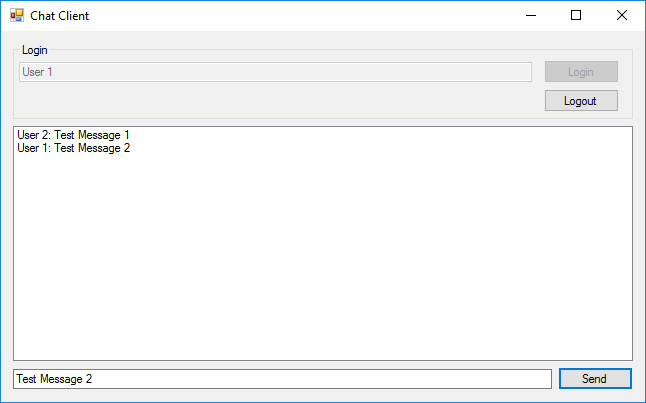 The complete ChatClient project source code can be downloaded here.

At this point the simple tutorial Chat project (client + server) can be considered as complete. It provides a client to server and server to client data flow, user authentication and is based on the Code-First approach.